Welcome to “The Nye Anne” beach rental in Newport Oregon.  It is named in honor of an old 30’s era double-ender fishing boat called the “Anne T Key”.  Back in the 70’s it was perched high-and-dry upon 55 gallon drums in the open lot to the west of Cliff St. in Nye Beach.  The owner had the privilege to spend a summer camping on board.  It was a humble dwelling but with free rent and a wonderful ocean view it remains a fond memory that is now honored by this house. 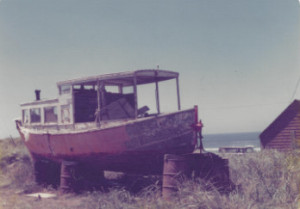 Later in the autumn the police department posted a notice on the wheel house window  indicating that it would be towed away unless it was moved. We are not sure exactly how the move was made but the Anne did not see another summer.   The lot is now a city park and a whale watching gazebo stands in her place. 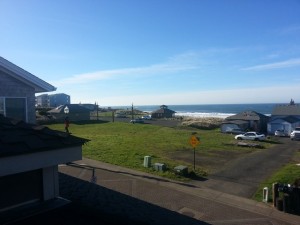 The original house was a 20’x20′ cottage built around 1910.  In those days Nye Beach was a popular recreation destination for Portlanders and many such summer cottages sprouted up.   The house was enlarged in the 60’s with a kitchen and more living room space added on the north side.  In the late 70’s the owner added the back 2-story addition and tied all the pieces together into dwelling you see today. 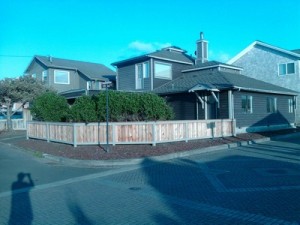 The interior of The Nye Anne is an eclectic design mix that feels like a bit of Deco with a touch of Pacific Rim / Asian style.  Nye Beach has evolved along similar lines, some of the old retained,  some of it updated.  Like the Sylvia Beach Hotel at the north end of Cliff St.  the neighborhood hearkens back to days of Deco, beach picnics,  health spas and a restorative sense of ‘getting away’. 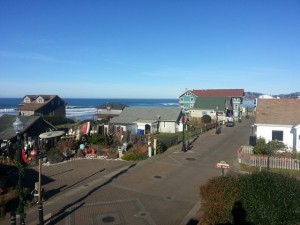